Last week, I talked about the value of sex toys.  It’s a $15 billion dollar industry worldwide, but still incredibly overlooked.  Consider this: of all the different types of toys that come to mind, what do you think of first? Most people will answer with the “rabbit” or the more generic term “vibrator”.  But what about a brand name? It’s amazing that no major corporation has yet to step in and build a household brand in a billion dollar industry that’s growing by 30% each year.  Think of the guy who first invented the rabbit and coined it’s name.  If he had only protected his idea!  He would own his own little country by now and be loved by more women than Oprah.  Perhaps the Hitachi name rings a bell?   Hugh Hefner famously recommended for every guy to buy their woman a Hitachi wand in his “What I’ve Learned” interview.  He should have created a Playboy Wand that only the most savvy gentlemen carry. 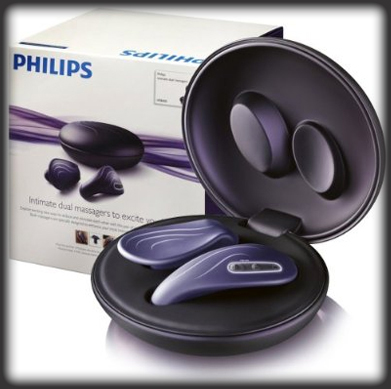 As I mentioned in an earlier post, some of the big corporations have taken the leap into the sex toy world, but it’s more like they’re going for first base with a shy date than shooting for the home run.  I know this because I design for a few of them. You can’t blame them though. The pleasure product industry is still considered controversial and anything related to adult content is taboo to most of the business world.  And besides, I’m glad that they are not directly competing with boutique brands such as Jimmyjane, Lelo, Myla and our own InnerVibe. 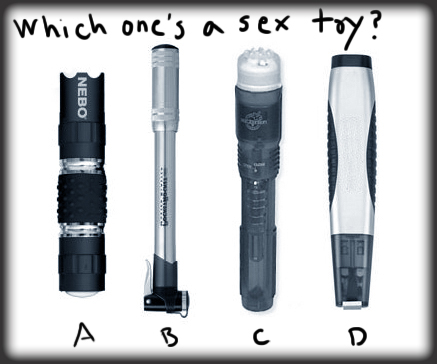 If you guessed C, give yourself a quickie.  That item is called the Pocket Rocket and the rest are just tools.  Very catchy name.  Very ugly design. Yet, it’s constantly recommended by sex shops around the world.

So let’s take the same great qualities, (strong, compact, simple, affordable), but redesign the outer form, make it softer to the touch and pleasing to the eye:

What we get is a sexy, curvy pocket vibe with a soft coating and ergonomic shape.  Simple improvements, but such a big difference!

We are finally giving the famous Pocket Rocket the makeover it deserves.

The rabbit is another product that has seen very little change, but is also in need of a makeover. Let’s take a look at the pros and cons first:

We have been playing around with this design for some time now.  The handle is curved which serves two purposes, 1) easier to apply pressure to the G-spot and 2) your wrists are in a more relaxed, comfortable position.  The tip is larger and curved to apply more direct pressure on the G-spot (although it could be curved a little bit more).  The shaft is still large enough to accommodate the rotating beads and the controls are now facing the user.  We cleaned up the silhouette for a fluid, modern look.  The unit is also completely waterproof and rechargeable. The problem is that we are missing the clitoral vibrating component…well that’s a big problem.  The challenge is to keep the vibration separated enough from the handle so that it does not tire your hand, but still keep with the aesthetics of the overall design.  You can see one such concept in pencil above, but we’re not satisfied with it yet. What do you think?

I envision the next step in evolving the vibrator is to transform how we interact with the vibe itself.  A lot of couples enjoy using a vibe together during sex. Holding the vibe comfortably and figuring out how to turn it on or turn it up, should be the least of your worries. You are moving around in all sorts of funky positions and probably the lights are off.  Whether you’re applying the vibe to your partner or your partner is applying the vibe to them self, it should be easy to hold either way, comfortable to use and have intuitive controls. You should be able to feel and maneuver it without having to think about it at all.  In contrast, how we interact with most vibes on the market is very mechanical and cold. You push a button, turn a knob, the electronic device turns on, you push back button, turn down knob and device is now off.  Boring.  The technology is out there to create a much more richer experience that that.  What if it gets stronger by how hard you squeeze the handle?  Or the vibe senses movement and increases the vibration as things are starting to heat up?  There are also new intelligent materials out there that react on touch. I’m sure it costs a lot, but hey we’re still imagining right?

As a guy, the one issue I have with using a vibe is that since there is about an inch of silicone/plastic material between your hand and her pink parts, you lose the sensitive touch that your finger can provide. In other words, with skin to skin contact, it’s easier to feel the right spot and apply the right pressure.  Of course, you may argue that with a strong vibe you just need to place it in the general area and chill out for awhile. This is true.  But imagine a thinner vibe, equally as strong and placed in a flexible soft casing that can now bend and flow with the subtle contours of your body, similar to a rose petal. Wouldn’t that feel so much better?  It’s a more sensual experience for both sides and the vibe would feel like a compliment to your own fingers rather than a mechanical device.